Black Panther – A review from a light-skinned guy 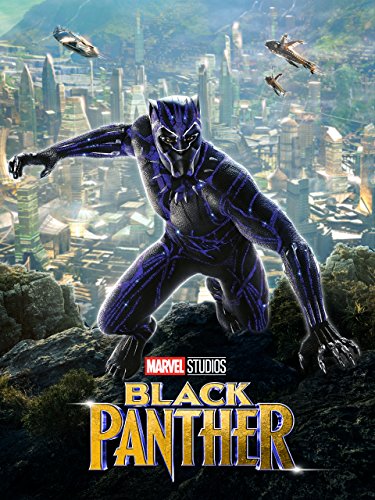 Let me start by saying that I don’t like the categories “black” and “white.” I think they are misleading on both sides. In reality, humanity is comprised of a variety of shades and colors, and I honestly don’t see how we draw the line between one ‘type’ and another. It’s humanity, plain and simple.

Well, that’s the ideal, anyhow. Racism exists everywhere and I strongly believe that not all racists on the planet are lighter-skinned just as some women can be sexist and perpetuate unhealthy stereotypes, not unlike some men.

We have the N-word and we also have the H-word. Both are unfortunate, to put it mildly.

Something to think about…. and which outlines where I was coming from while watching this flick.

So at the beginning, I have to admit the orchestrated drumming sessions reminded me of the early stages of the classic King Kong film, which to me seemed stereotyped to the hilt. I was surprised to see these sequences in Black Panther. It seemed like some kind of throwback to the 20s or 30s where Africans in Africa were cast into this Hollywood fantasy of what “tribals” were like.

The scholar Edward Said notes a similar process going on with the so-called Orient. In his book Orientalism, Said gives several examples of how the West has framed Eastern culture in anything but an accurate way.

Does Black Panther do the same thing with Africa?

Instead of Orientalism, is the film guilty of Africanism?

I’m not sure. I don’t know enough about Africa, to be honest.

So I leave that question open. Perhaps someone reading this could illuminate me.

One line I did not like in the film was where a lighter-skinned guy, who just risked his life to save a darker-skinned woman, is then ridiculed by his darker-skinned techno-healer as “Oh another broken white boy to fix… this will be fun!”

If that’s not a racist line, I don’t know what is.

How would that fly?

Now I realize that whenever a person or group is oppressed, it is pretty natural to feel pissed off. In his writings about the so-called “master-slave” dynamic, Friedrich Nietzsche called this negative feeling for the “master” by the “slave” resentment.

In other words, when the pendulum swings, many want revenge. That anger can come out as rage, violence, domination, as Neitzche’s “inverted values,” or as humor.

Black Panther obviously brings it out with inverted values and humor. But I didn’t find that scene funny. Rather, I found it quite offensive.*

But once I got past the affront to those resembling my skin color – lighter-skinned – I really did begin to enjoy the film.

The graphics, especially the train scenes, are pretty awesome and the acting performances are solid all around. By the end, I was totally into it—to the extent of almost tearing up in the final sequences.

After all, the film does promote peace over revenge. And the idea of a group using their vastly superior tech for assistance instead of conquest, well, that’s just cool. It was just that one line, earlier on, that distanced me for a while.

So on the whole, I found the film more than worthwhile and far more complex than a lot of Marvel movies.

Final note – Be sure to watch this one to the end. It’s one of those movies where additional scenes appear among the credits.

* A good discussion on this point at Quora: https://www.quora.com/In-the-movie-Black-Panther-what-did-Shuri-mean-when-she-says-another-broken-white-boy-for-me-to-fix

† Perhaps because I’m Canadian I don’t buy into the light-dark conflict scenario that some Americans still seem locked into. While slavery was still going on in the American South, Canadians and the free states were helping to liberate darker-skinned people through the Underground Railroad. Something I always remember when some Americans claim they are so much better than us!