Last night I watched the first period of the Toronto – Boston playoffs but after a while felt I was wasting my time so moved over to the dining room table and worked on my latest entry at Earthpages.org, still listening to the broadcast. Whenever something big happened I could leave my computer and see the replay. 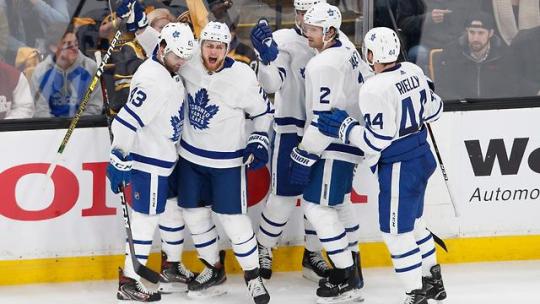 Leafs haven’t won a Stanley Cup since 1967, when I was 5 years old and too young to remember (probably sent up to bed before the end of the game).

To me it seems Toronto fans are suckers. They fill the auditorium even when the team is half-baked, as it has been for so many freakin’ years.

The reluctant fan will be watching.