The British Invasion was in full swing by ’65. The Stones hit the charts with “Satisfaction” at #3. That is a great song with insightful lyrics and an easy riff that every child guitarist, including myself, played endlessly.

“Downtown,” on the other hand, was a tune so popular that it just existed in the collective imagination. You didn’t even have to hear it playing to get it. It captured, in my Toronto at least, the whole feeling of the year.

Pop music was getting a schmaltzy, sweet element. And I liked it, along with the nitty gritty stuff.

So here’s Petula Clark with “Downtown!”

The Rolling Stones just won their 3rd Grammy – and it was for an album that’s one of their best (businessinsider.com)

Shaggy and Sting are releasing an album together (thefader.com) 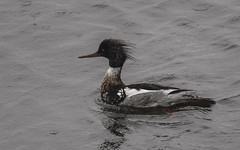